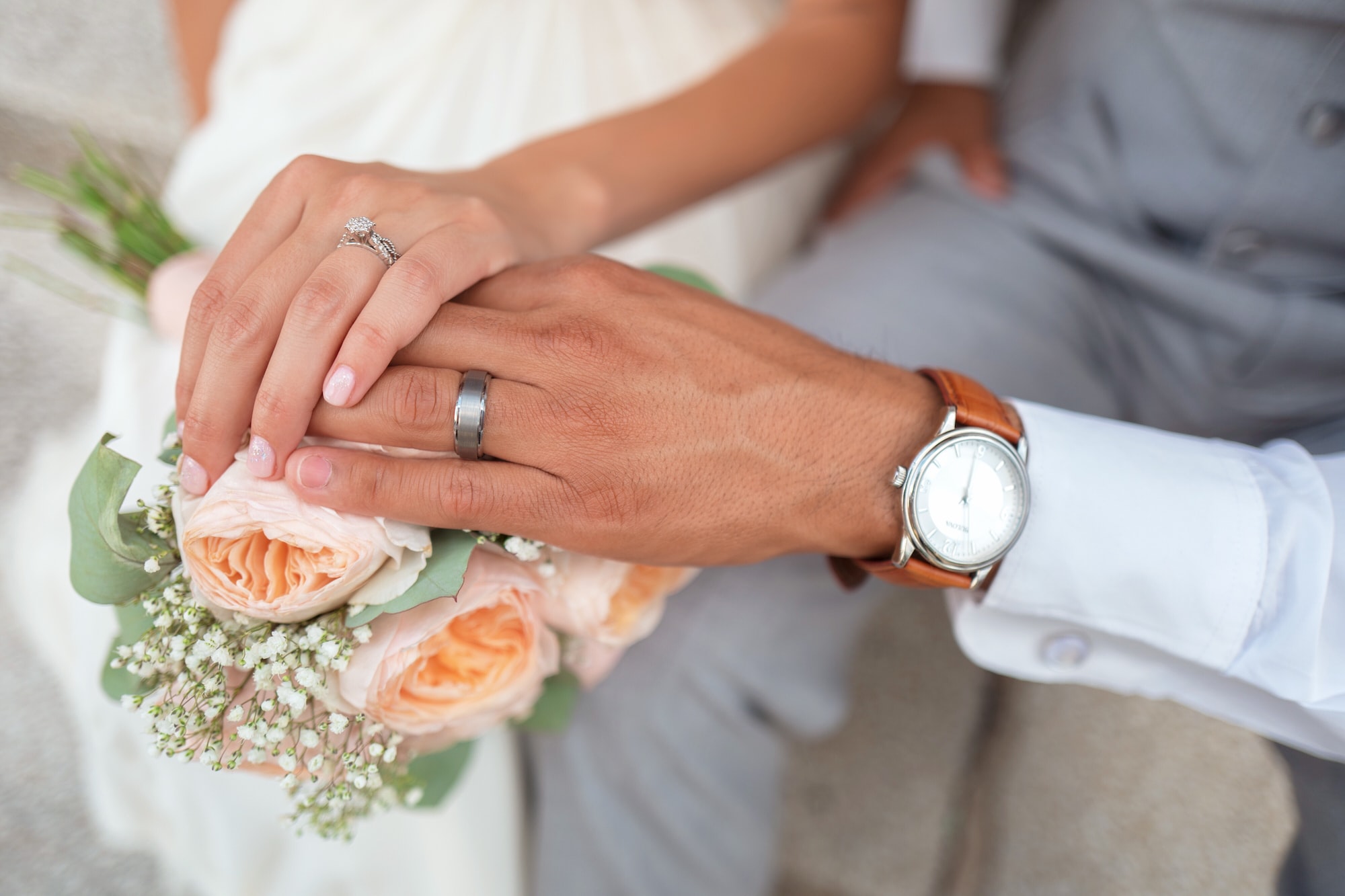 A report by the U.S Census Bureau indicated that in 2018, there were over 2.13 million marriages in the United States. Marriage in most places worldwide is a social and religious institution. It is also legal, hence it has to be constituted within the confines of applicable state laws.

In most cases, a Marriage license precedes a wedding, then after the wedding, the officiant presents it to the issuing office for official filing in the records that a marriage has been registered. The newlyweds then get a Marriage certificate in return. A marriage certificate is a legal proof of marriage and should be kept safely. It is used for immigration benefits e.g. obtaining a visa, used when getting a work permit, to change a name, for child custody, etc.

How to obtain a Marriage license

To get a Marriage license, couples-to-be need to pay a visit to the county clerk office or the county district court in the state they want to hold their wedding at. This is key, you cannot obtain a Marriage license in New York for a wedding taking place in Florida. Nowadays, with the popularity of destination weddings, most states will issue a Marriage license even to non-residents. However, it is very important to confirm the expectations and requirements needed to obtain a Marriage license in a specific state before visiting their offices. This is because the details required vary from state to state. For example, some states require both parties to be in attendance, others allow only one of them provided they have complete details of their spouse. Others allow one to apply and fill in the Marriage license online, pay via a credit card and have it mailed after processing. Most of this information is available on the specific state’s website or can be enquired by a phone call.

This is a standard requirement when applying for a Marriage license. Identification documents could be in the form of a driver’s license, state photo ID, birth certificate, passport, proof of residency, etc.

In the event of a subsequent marriage, there is a need to produce a divorce decree or a death certificate in the case of a widow/widower as part of identification documents. Some divorce decrees may have a clause indicating that the parties cannot get into another marriage before a certain duration lapse e.g a month. It is therefore important to consider this when applying for a Marriage license.

A birth certificate ascertains the age of the parties intending to marry i.e they are of marriageable age (majority). For minors, most states require them to produce consent from their parents/ guardians or a court of law in addition to their identification documents. There is also a minimum age stipulated for a person to enter into marriage. The least is 15 years. Some states waive the need to produce written consent from the mentioned parties if the minor is pregnant or with a child already.

Where the state requires both or one of the parties to be a resident of that state, then there should be proof indicating so. However, these days in the United States, you will find as long as one is a citizen they can obtain a license from any state. The only limitation that could be in place is that one must wed in the county they obtained the license from.

It is not unusual to not access a Marriage license immediately after application. The period of waiting is not only applicable to the time before getting the license but also after, before conducting the wedding. This ranges from 0 days to 6 days to collect the license and 1-3 days before the wedding. In some cases, residency status influences this so that the period of waiting is a bit longer for non-residents as compared to residents.

In the past, some states required both parties to carry out blood tests as part of the procedure to obtain a Marriage license. These tests were mostly blood tests for sickle cell anemia, rubella and venereal diseases. However, today, this is not a requirement in most states. Information on the importance of carrying out such tests and where to get them from is made available in most county offices.

Other factors to consider before obtaining a Marriage license;

This is not a mandatory requirement. However, in a bid to encourage couples to take up premarital education programs some states issue a discount on the marriage license fee to couples who have completed such programs.

In the U. S before the landmark ruling in Obergefell v. Hodges in 2015, the discretion of whether to permit same-sex marriages was on state laws. However, now all states do not restrict same-sex marriages. Outside of the U.S, it would be important to check if the area allows for this so as it is not an impediment to acquiring a Marriage license.

This is when one party or both parties are not present during the wedding ceremony but instead, have appointed other people to represent them during the wedding. Some states allow for one proxy for example in the case of military personnel in deployment elsewhere or in the case of imprisoned parties. However, this is not in all cases.  A couple intending to use this route needs to find out more information before going ahead with their wedding plans.

Common law marriages are a form of domestic partner agreement between two people that does not require a Marriage license. Instead, the parties are only required to fill in an affidavit to act as proof of the marriage. Not all states permit common-law marriages.

If the parties intending to get into marriage are cousins, they should check in with the state laws of the state in which they want to get married if they allow marriage between cousins.

Covenant marriages do not allow for divorce unless for very grave reasons such as abuse or adultery. Not all states allow covenant marriages. A couple geared towards a covenant marriage needs to find out if this is allowed in the state they intend to wed from because then they need to state in their Marriage license alternative ways to resolve their issues other than divorce.

Other minor details include; if there are any special consent to be obtained for people intending to marry while under parole, any extra requirements or fees needed for officiants especially for civil marriages, procedural requirements such as if one party is sufficient to make the application for a marriage license or if both are needed, if the license can be collected by someone else appointed by the couple-to-be, etc.

What is the validity of a Marriage license?

The validity of a Marriage license varies from state to state. This ranges between 30 days to one year after the date of issue. However, you should not worry if you have obtained a Marriage License and the time period lapses, you can always renew.

Are there instances when a Marriage license is not required?

Yes. As mentioned earlier on in this guide some jurisdictions may not require one to have a marriage license before a marriage. For example, some areas allow cohabitation and recognize it as a union. Also, some other areas allow common-law marriages which are a form of domestic partner agreement between two people. These two instances do not need a Marriage license.

A Marriage license can be issued to a party who is a foreigner. They however need to consult with their home country laws with regards to the same to make sure they align and if the marriage will be recognized in their country. In the U.S, a non-resident needs to have their required documents translated if they are in a foreign language.

It is important to note that marriage overseas is not an automatic gateway to obtaining citizenship in that country. If this is the goal, it can be of help consulting with a marriage attorney.

Different areas will require different requirements when issuing a Marriage license. Some of these may keep on changing due to updates from time to time. It is therefore important to enquire beforehand on the specifics required from you, the timelines and any inhibitions that could ruin your big day. This article guide is just an overview of what to expect when obtaining a marriage license.

In most cases, a Marriage license is what becomes a Marriage certificate. This is after a wedding has happened, the license signed by the couple marrying, wedding officiant, witnesses and then presented to the county office for filing in the records and stamped with the state’s seal.

Even though one can only wed in the state in which the Marriage license has been issued, the marriage is recognized in all other jurisdictions. The restriction is only to make it easier for record-keeping.

Get your finances right with Business Frame.

Talk to an Expert